A total number of 146 new cases of the novel coronavirus, has been confirmed in the country. 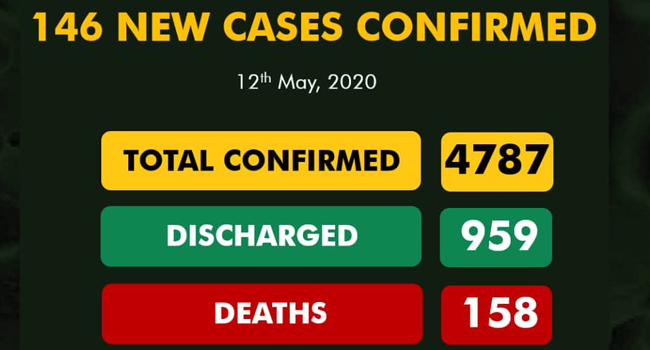 Other states with new cases include Niger and Katsina, each with three cases, while Plateau, Borno, Sokoto, and Benue, recorded two cases each. Gombe, Enugu, Ebonyi, Ogun, FCT, and Rivers states posted one case each